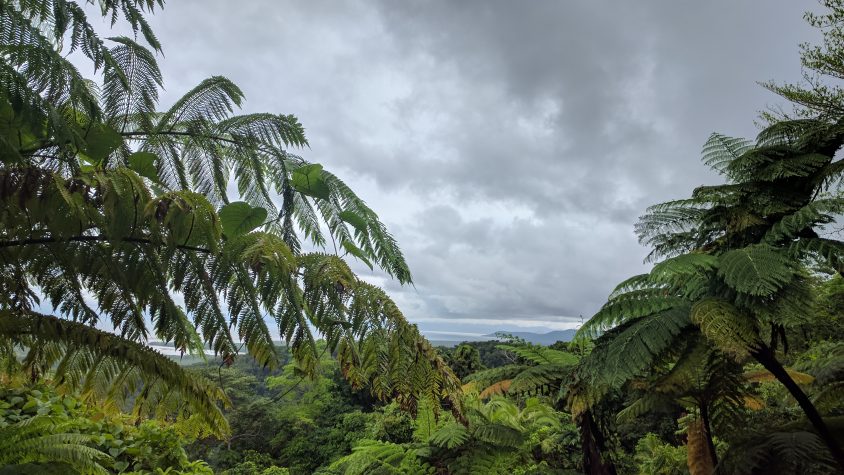 One the top things on my list of things to do in Australia was to see the Great Barrier Reef, I wanted to experience it as soon as possible before the bleaching takes over completely and we’re left with a diminished reef. This being high on my list brought me to Cairns and more specifically onto the Seastar boat where I was going to do an entire day out on the reef, including my first scuba dive! I figured if you’re going to do an introductory dive anywhere then it may as well be the barrier reef? 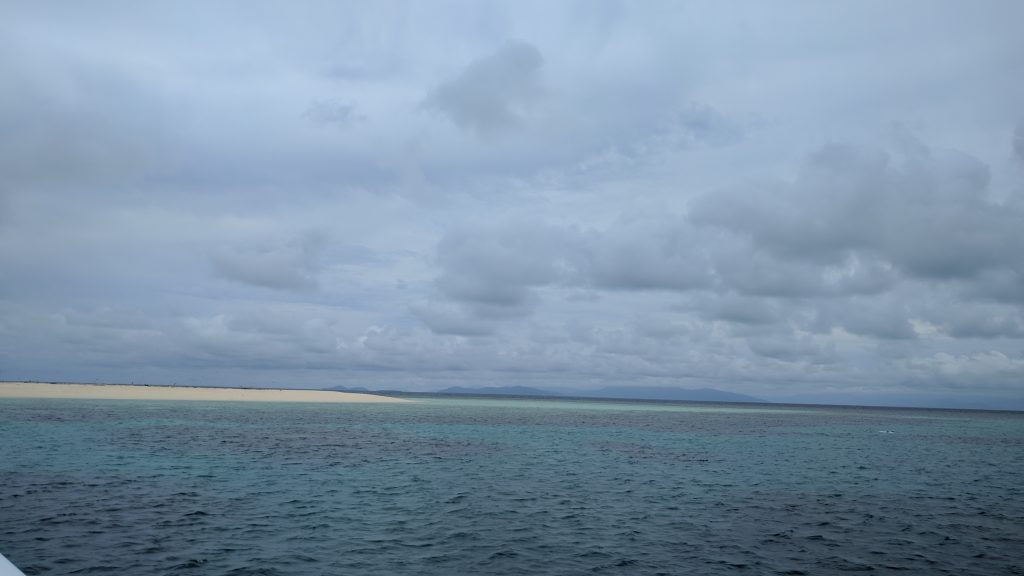 Michaelmas Cay – our first site of the day

I’d love to be able to say I was the most elegant, natural diver in the world….but that would be a lie. Jumping into the water fully suited up in wet suit, weight belt, scuba tank and flippers was quite possibly one of the scariest things I’ve ever done. As soon as I hit the water and my mask moved (in my head it had fallen off and I was drowning) I felt the least natural in water I’ve ever felt. I’m normally a complete water baby and you can’t get me out of the sea but holding onto the rope next to the boat and doing my dive tests I was really nervous. Luckily AJ, our dive instructor, was amazing and calmed me right down, I tapped into my yoga breathing and began to feel more at home. As we entered the water properly and began to dive deeper and deeper the calmer I felt and then out of the blue the reef was suddenly there. It was simply breathtaking, teeming with life and so many different colours. Part of me wishes I’d taken an underwater camera but I’m also really glad I could just take it in rather than being focused on taking pictures. Under the water I still wasn’t the most natural diver and needed quite a bit of guidance from AJ to start off with but after about 15 minutes I managed to get the hang of it. It’s the most random feeling, being deep underwater and not holding your breath, being able to just float past fish and coral. Half an hour under the water went so quickly and before I knew it we were heading back to the surface, onto the boat and getting all the scuba kit off. This was barely the start of my day on the reef though, following my dive I had an entire hour snorkelling on the reef at Michaelmas Cay. I loved my dive but to be honest you can see as much of the reef snorkelling.

Michaelmas Cay is a tiny sand cay in the middle of the reef and home to hundreds of birds but it makes such a nice snorkelling site because the reef is shallow and so easily accessible. Here I saw so many fish, heard the parrot fish chomping on coral and was lucky enough to swim with a sea turtle. I could have stayed underwater forever just watching the day to day life of the reef but an hour went so quickly and it was time to head off to our next location.

I’d done a lot of research into reef tours before I booked mine, I wanted something small with different dive sites and Seastar completely fitted that bill. There were only 36 people on the tour and we visited both Michaelmas Cay and also Hamilton Reef which was on the outer reef. This site was incredible, right on the edge of the reef with proper coral walls teeming with life and again I got to snorkel with a sea turtle. It popped up out of nowhere and swam off in front of me, completely not fussed by the fact that I followed it for a good five or six minutes. Swimming with the turtles was definitely the highlight of my trip. They’re so quiet and serene in the water, just floating on past seemingly effortlessly. A memory that will stay with me forever.

Another reason I chose Seastar is because they take photos all day while you’re snorkelling and diving of what you’re seeing on the reef that day and make the photos available free of charge. Compared to other much larger boats who charge a fortune for a photo of you in a snorkel mask I thought this was great. I somehow managed to evade the photographer so there’s no photos of me in a sexy wetsuit….but plenty of the gorgeous wildlife we saw. 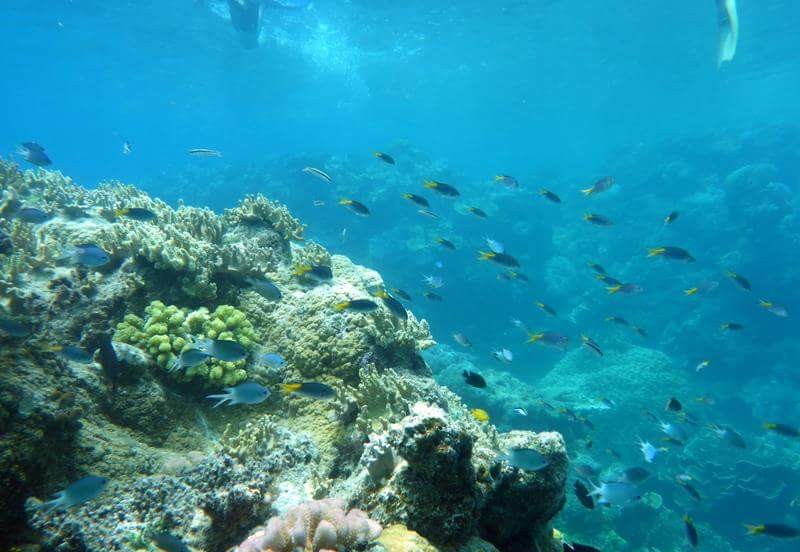 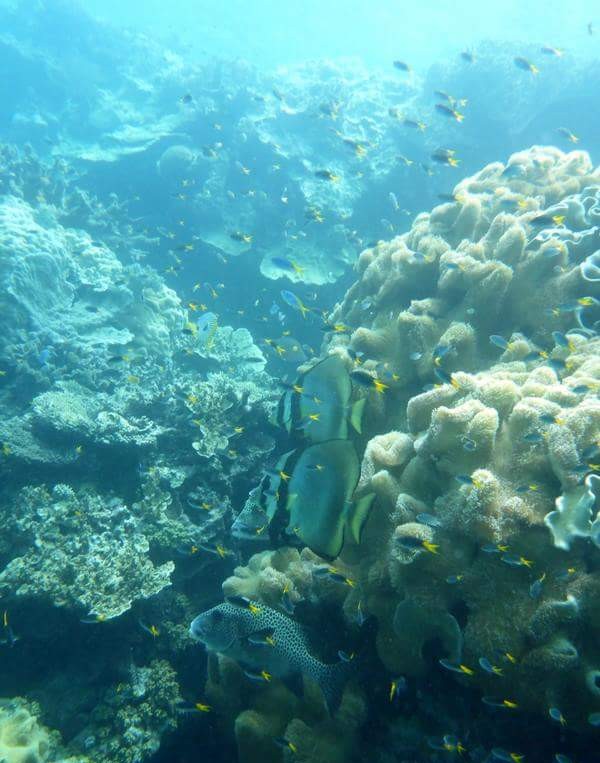 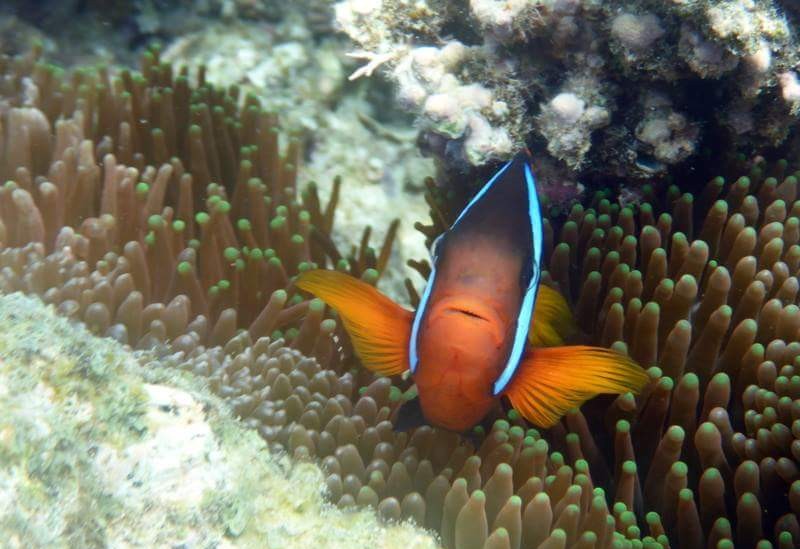 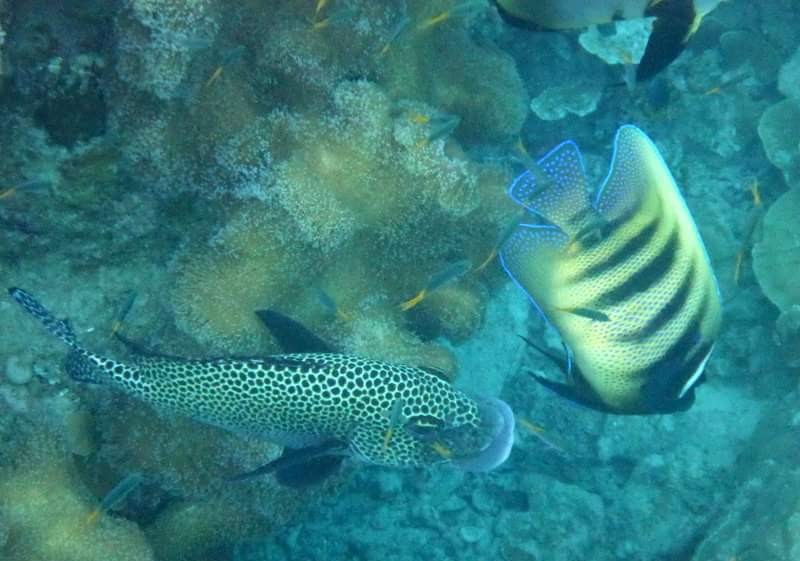 I based myself in Cairns for this trip and if I’m honest it’s not a place I would rush back to. There’s nothing bad about it in particular just not much going on. Great as a base for trips to the reef though or for reaching up into the Daintree Rainforest which is what I did the day after the reef.

The Daintree Rainforest is one of the oldest rainforests in the world and scientists think it’s been on the planet since before the continent’s divided. I figured seeing as I was up that way I should go and visit and so booked myself onto a day trip seeing the main sites, including the possibility of seeing wild crocodiles!

There was so much to see it was a super busy day but gorgeous and different scenery than I’d experienced in Australia already. First stop was Mossman Gorge, an area of the rainforest running either side of a river with lovely waterfalls and scenery. The forest was completely full of ferns and orchids and the noise of insects and birds. I’ve never experienced a rainforest before and the lush greenery was beautiful. 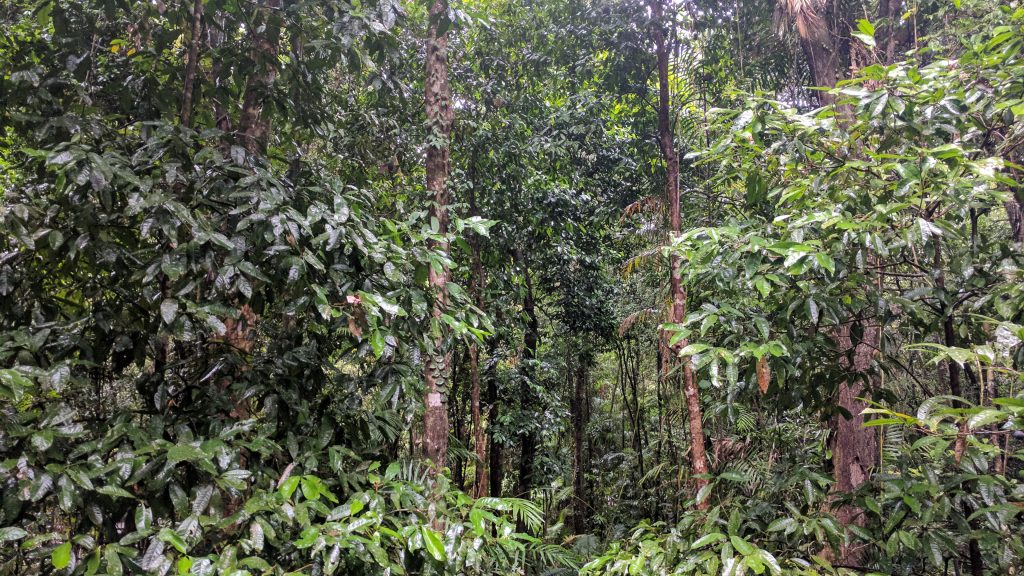 Next stop on our packed itinerary was a cruise along the river to try and see crocodiles! So far on this trip I’d failed to see tigers but succeeded in seeing whales so I wasn’t sure how lucky I’d be on the crocodile front. Also part of me was a little scared of seeing one, the boat was pretty low in the water and these crocodiles can grow up to 5m long and are known to eat humans…. Our first sighting was of a tiny 6 month old crocodile on the bank which was so small considering how big they become and then further up river we spotted an adult. A relatively small one at only 4m long but still quite big enough! Luckily it wasn’t interested in us but so amazing to see in the wild. Just if you’re in the Queensland area remember the crocodiles will strike at people so don’t wander along the river bank! Seriously everything in Oz is out to kill you! 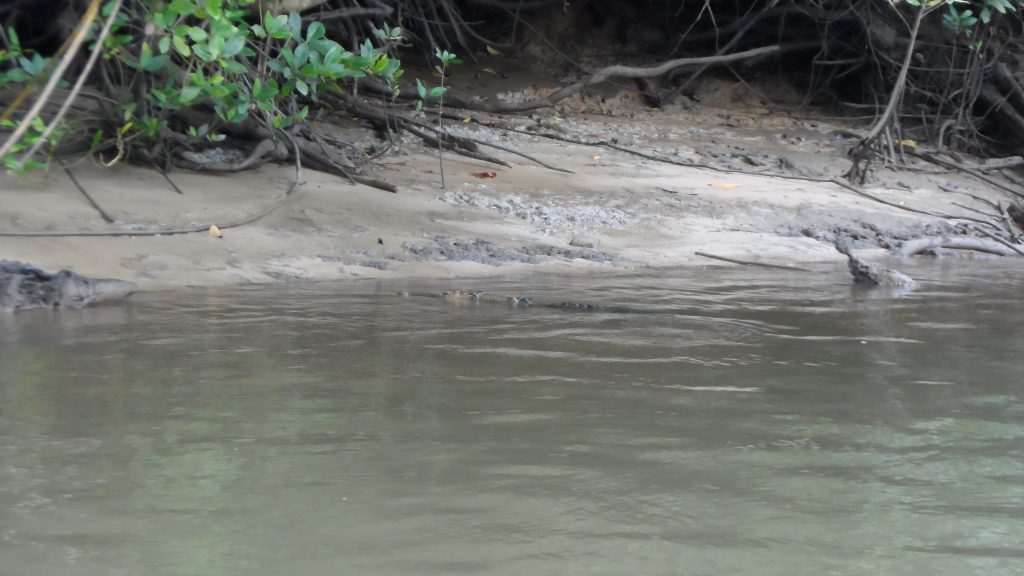 Crocodile watching successfully completed we headed to Cape Tribulation which is the only place in the world where two world heritage sites meet, the Daintree Rainforest and the Great Barrier Reef. Along a gorgeous white sandy beach the rainforest stretches right down to the waters edge, mingling with the mangroves and touching the coral sea. It’s absolutely breathtaking. We were there on quite a cloudy drizzly day but I can imagine in the sunshine it would be something else.

It really was a whistle stop tour of the rainforest that I did because unfortunately without a car and with only a day before my flight back it was all I could manage. As and when I return to Australia though I’d love to head up to this bit of Queensland and rent a car and explore. There are so many waterfalls and treks off the beaten track which would be amazing to experience. I would definitely recommend exploring whatever you can though. The nature is so different to the other places I’ve been in this huge country and I can’t get over how old it all is.