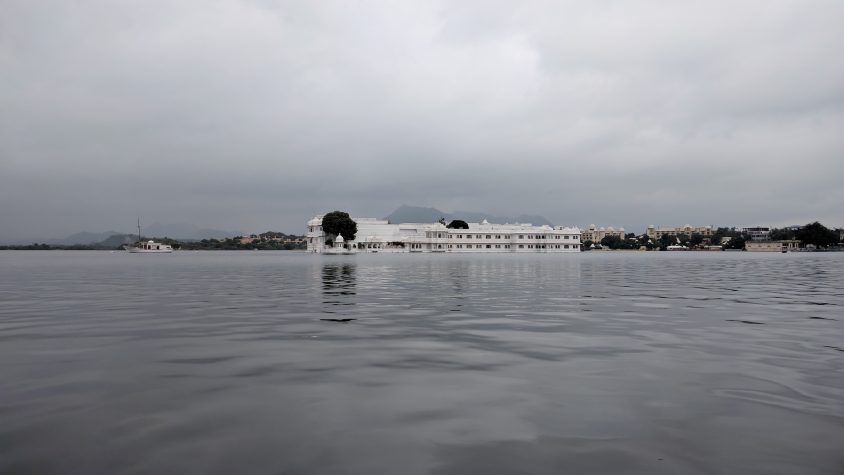 Udaipur was one of the places that I was super excited to see, I’m always drawn to water and with its floating palace on the lake and ornate buildings leading down to the waters edge it just looked so pretty in photographs. My first real view of Udaipur didn’t disappoint. Although it was drizzling and a bit misty the beauty was just immense and to be honest the rain added an air of romance and fuzzy edges to the city. 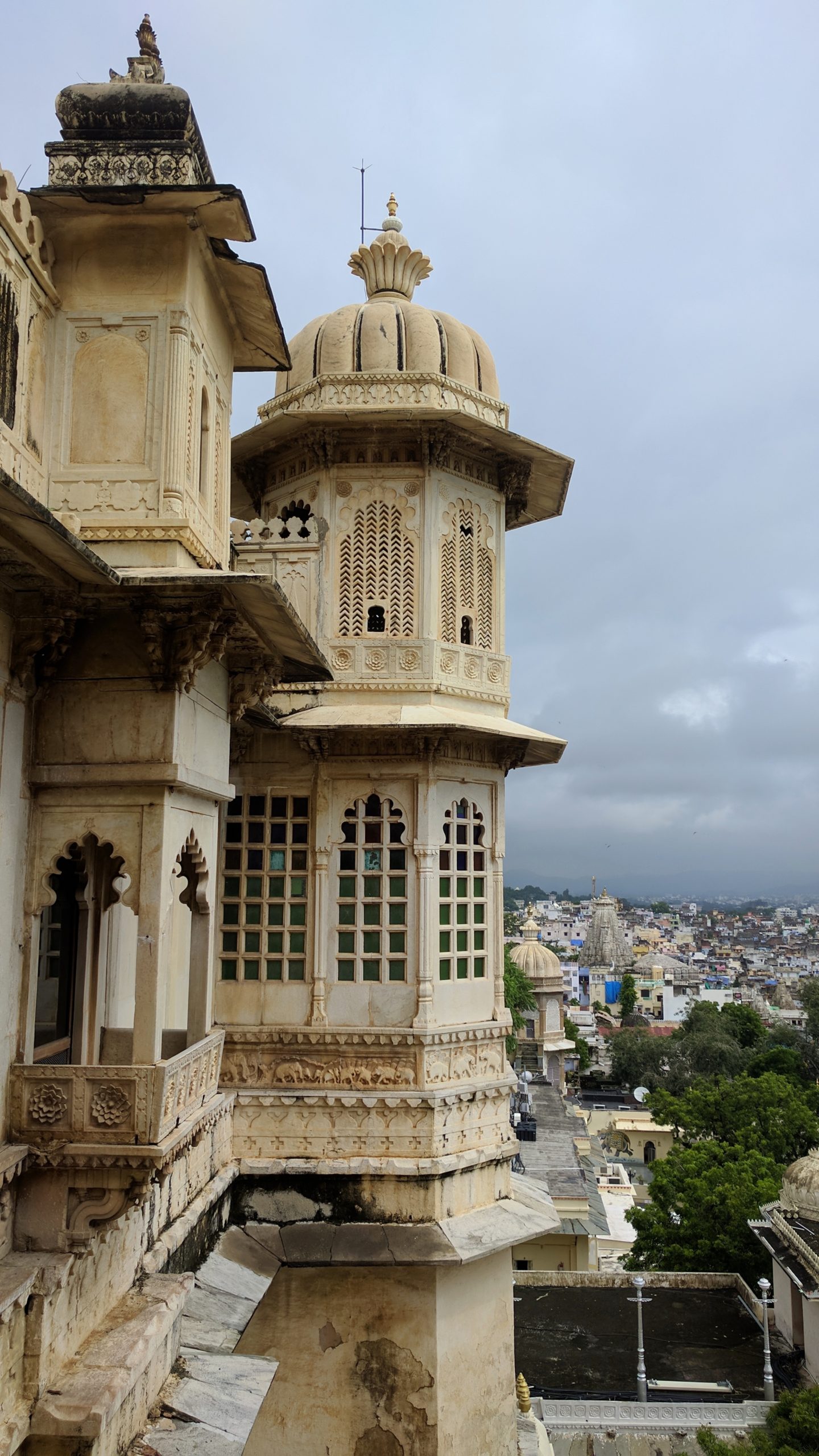 The old city is quite small and full of winding hilly streets leading past shops full to the brim with brightly coloured goods up to the City Palace. The City Palace is divided into a couple of hotels, the Royal Residency and the area that you can visit as a tourist and it’s spectacular. Ornately carved out of a warm cream stone and rising above the lake and city below. It’s built around a hill meaning the roof top gardens have one hundred year old trees growing in them and its height gives the best views of the Lake Palace which was once the summer residency of the Udaipur royalty. Now it’s a hotel but has also been a Bond villains lair in Octopussy. The City Palace itself started to be built in 1599 and has been gradually added to throughout its history. It’s facade is covered in ornate arches, windows and balconies. The interior is equally beautiful with courtyards leading off to tiled rooms and entirely mirrored parlours. I could have spent so long sketching every little detail of this place. 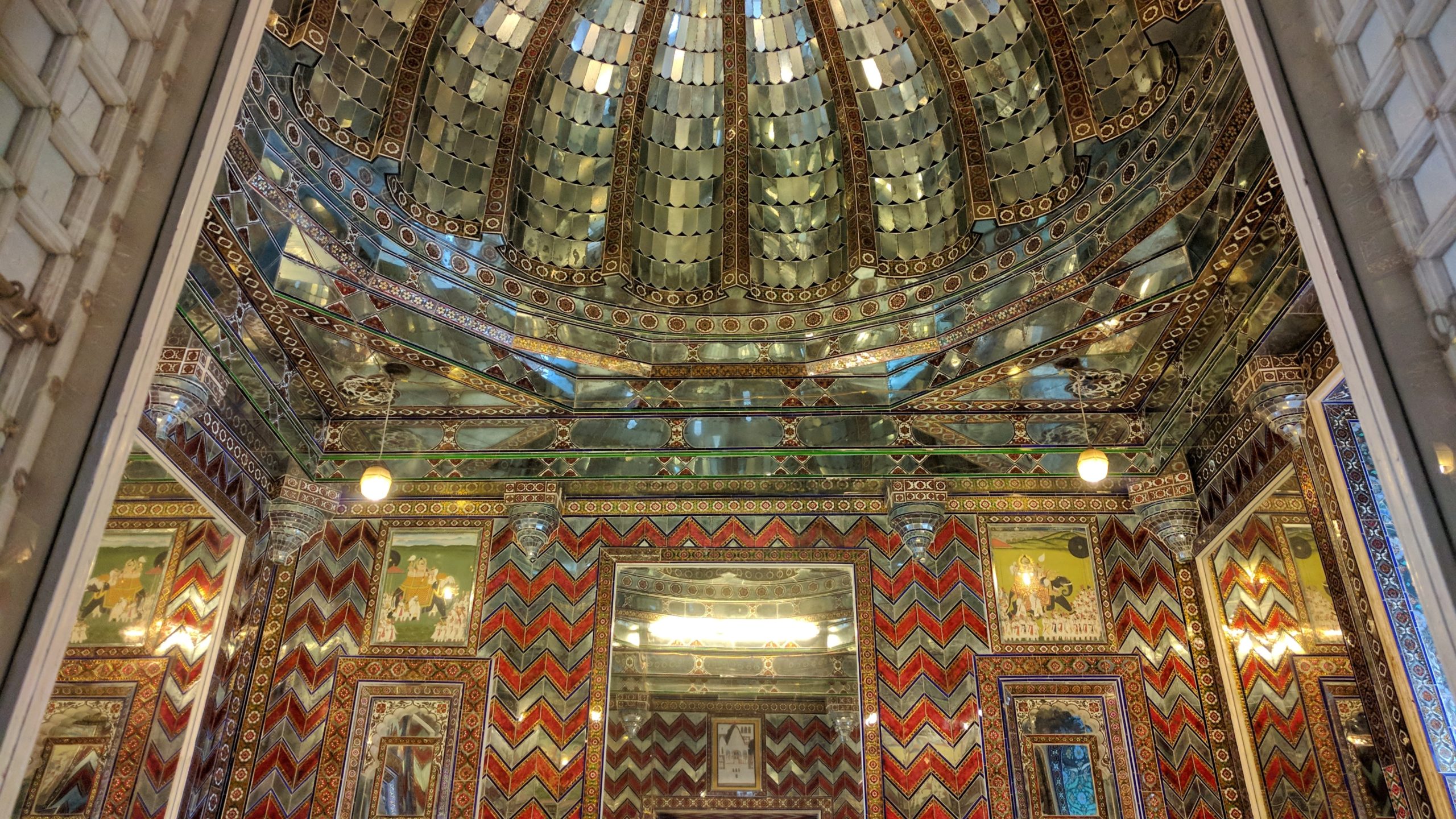 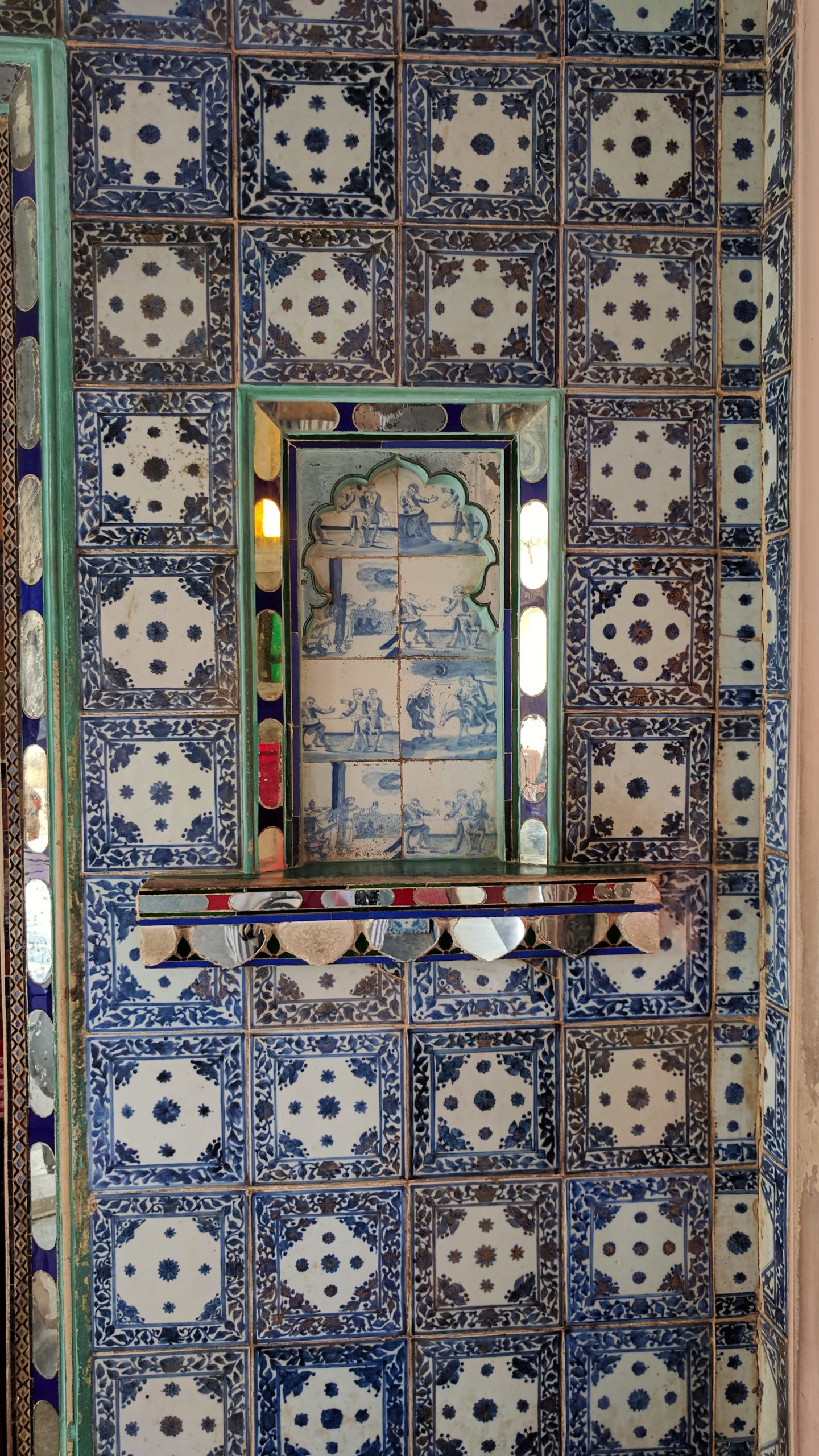 Before spending the afternoon shopping in the little textiles and jewellery shops along the main street we also paid a quick visit to the Jagdish Temple. Up steep (slippery) marble steps this temple is dedicated to Vishnu and intricately carved all over with animals, scenes from the karma sutra and little people doing yoga. We were lucky enough to arrive just as a ceremony was taking place so also got to see the statue of Vishnu and watch the ceremony. 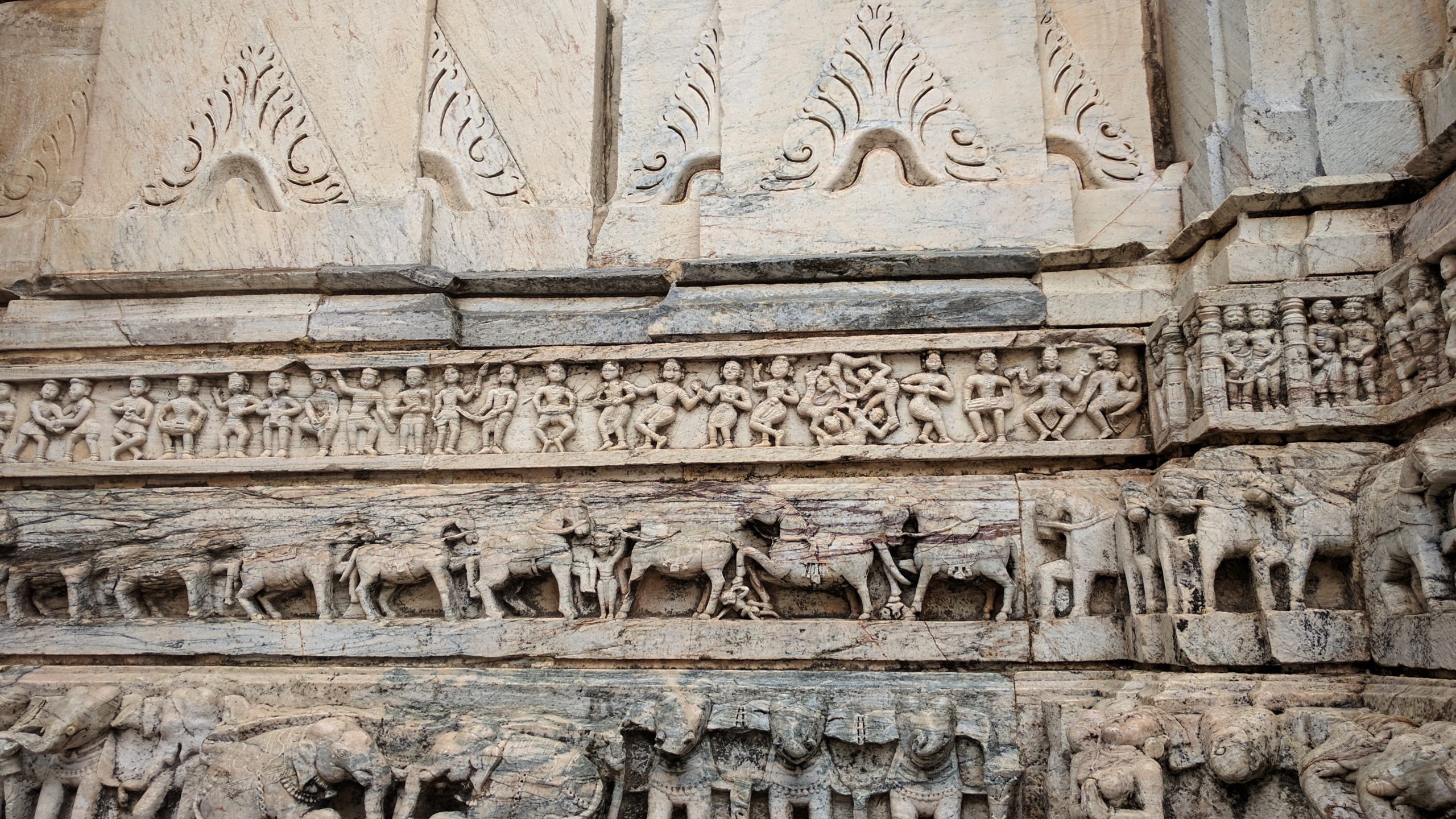 Udaipur was great for shopping though and now in our stride with haggling we got some jewellery and textile bargains. The shopping is a must in Udaipur as it’s all a bit calmer than other places I’ve been. Another way to pass the time though is to take the cable car to the top of the hill just outside the city. We did this and although it was a hazy, drizzly day we got lovely views back across the city and Lake Pichola.

Evening wise G Adventures had organised a trip to the Bagore-ki-Haveli for a culture show which was so much fun. If you ever go to Udaipur go! It consisted of dance and music from the varying regions of Rajasthan including puppet shows, girls dancing with pots of fire on their heads and one lady of almost 80 dancing with seven metal pots balanced on the top of her head! The music and atmosphere was amazing and it gave a real taste of Indian culture. 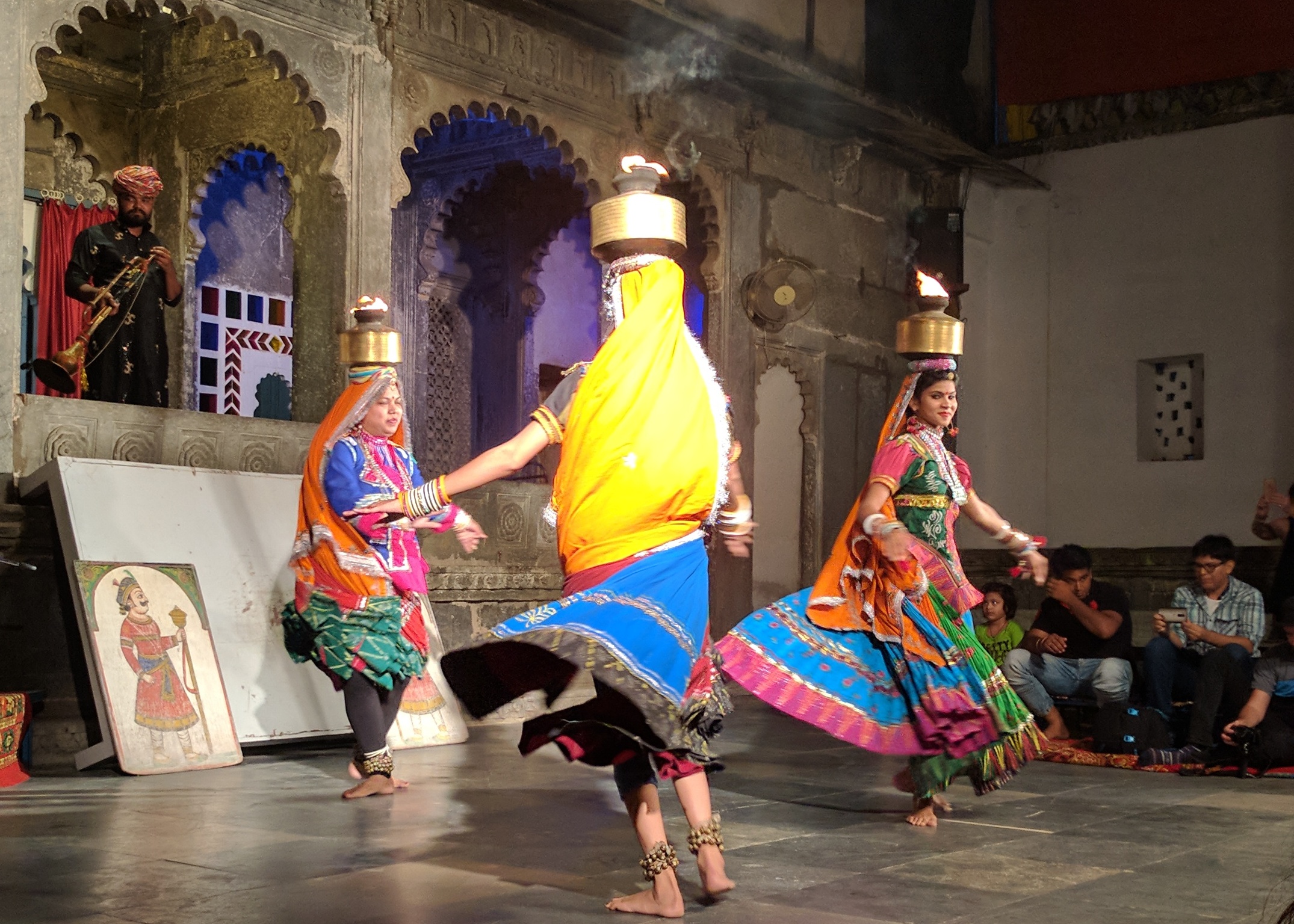 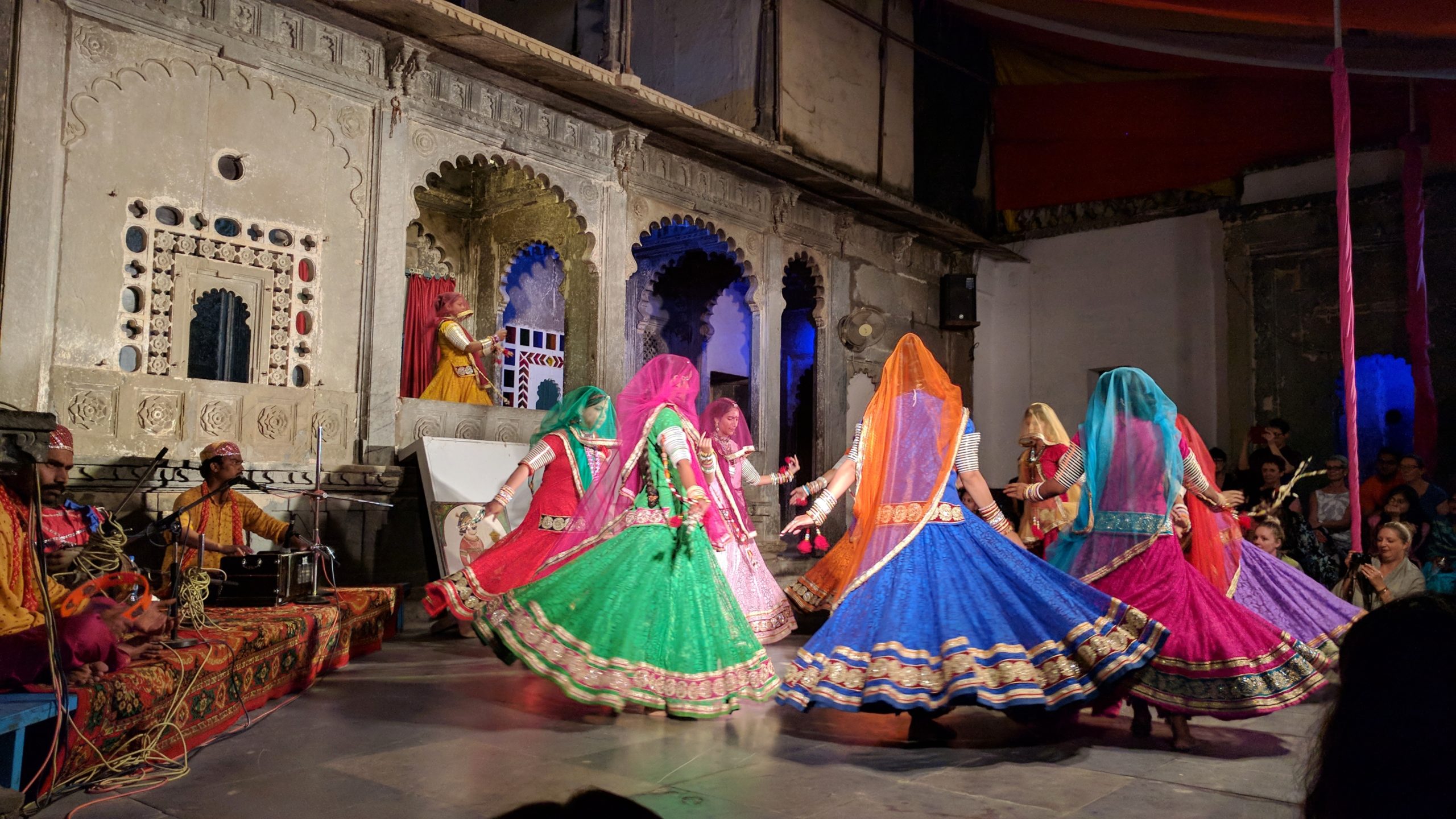 I was really sad to leave Udaipur after our two nights. It was such a calm welcoming place after some of the other places we’d been before but after palace visits, dinners at the Rainbow Restaurant watching bats over the lake and shopping it was time for the four hour drive to our next destination, Jojawar.

Jojawar is a little town in the proper countryside of Rajasthan. We travelled down monsoon ravaged roads filled with cows, brightly coloured tractors and monkeys in order to arrive in this town and at our accommodation, the gorgeous Hotel Rawla Jojawar. The hotel is set in the palace of Jojawar which is still partly occupied by the local royal family and it’s combination of white walls, pink detailing and green vegetation make it beautiful. I could have very happily moved in. 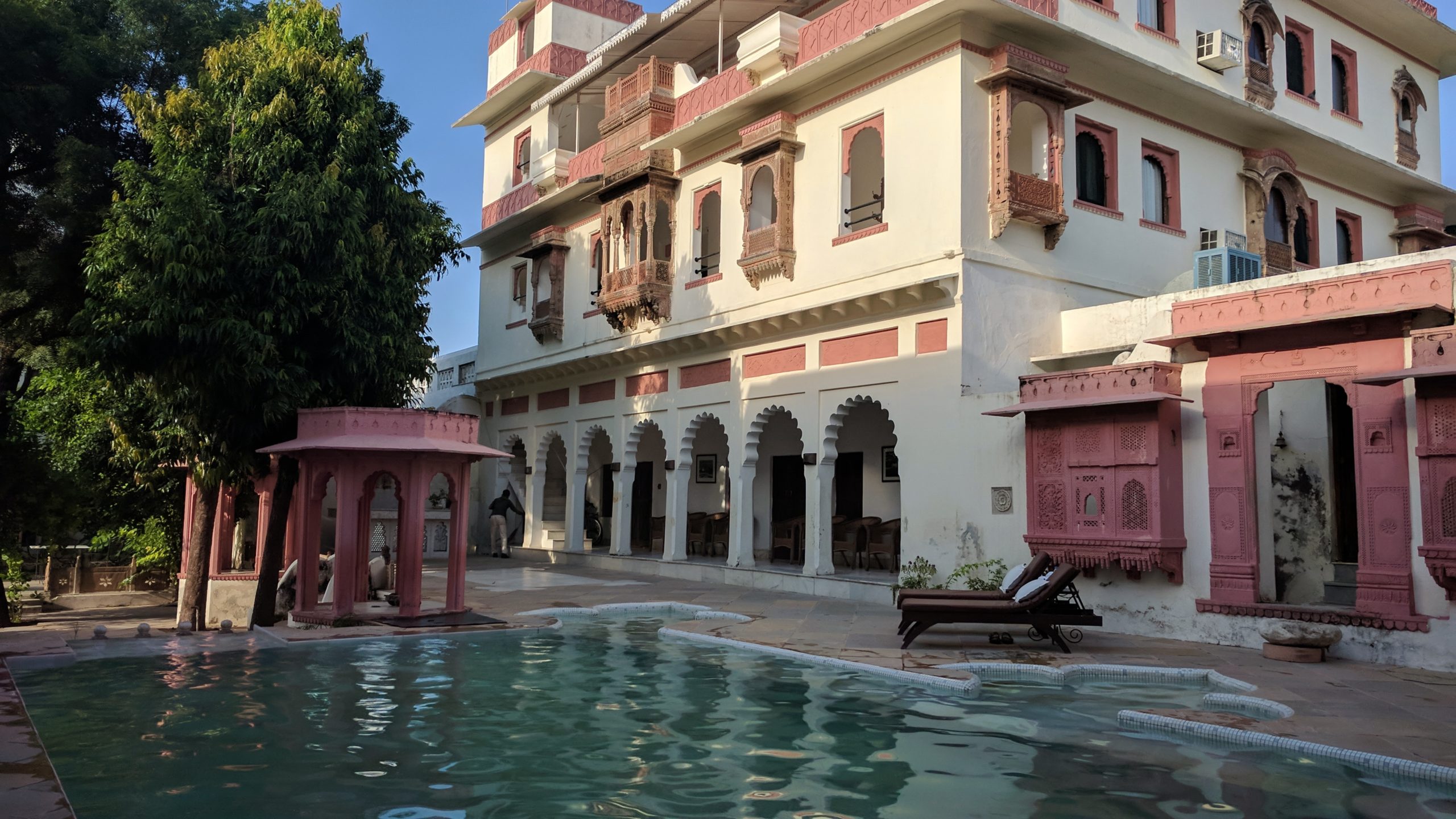 Shiv, our tour leader, had told us this would be our holiday from our holiday and he wasn’t wrong. I swam, yoga’d and was massaged and had the most relaxing stay in the palace. We also got to see explore a local train when we were taken in a vintage car (the most gorgeous turquoise colour) to the station to travel through the jungle. I didn’t know what to expect from this train safari but the jungle views where just spectacular, rolling hills, waterfalls and monkeys everywhere. Although being a local train we felt a little like monkeys in a zoo due to the endless requests for selfies! 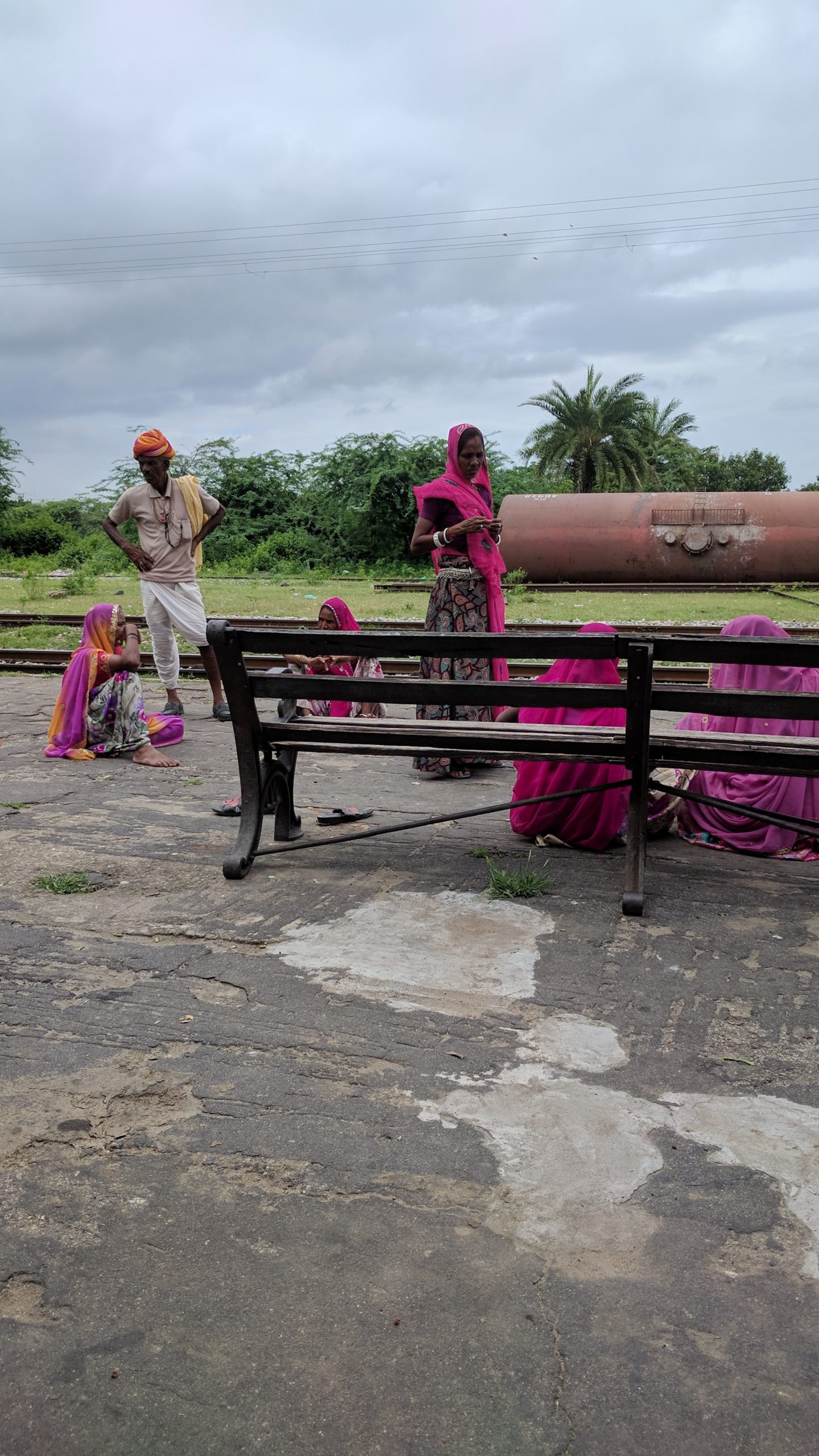 The locals waiting for the train 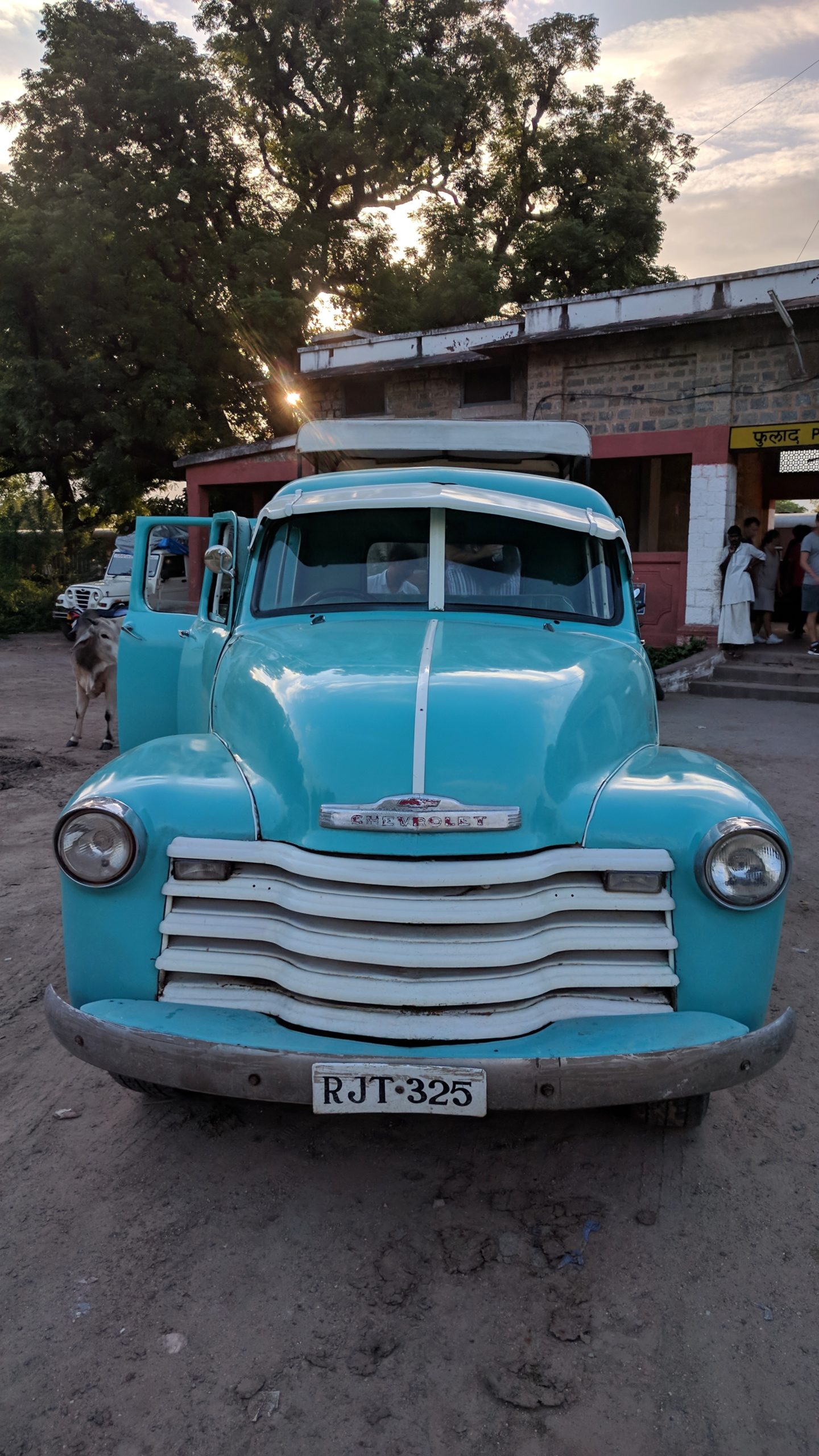 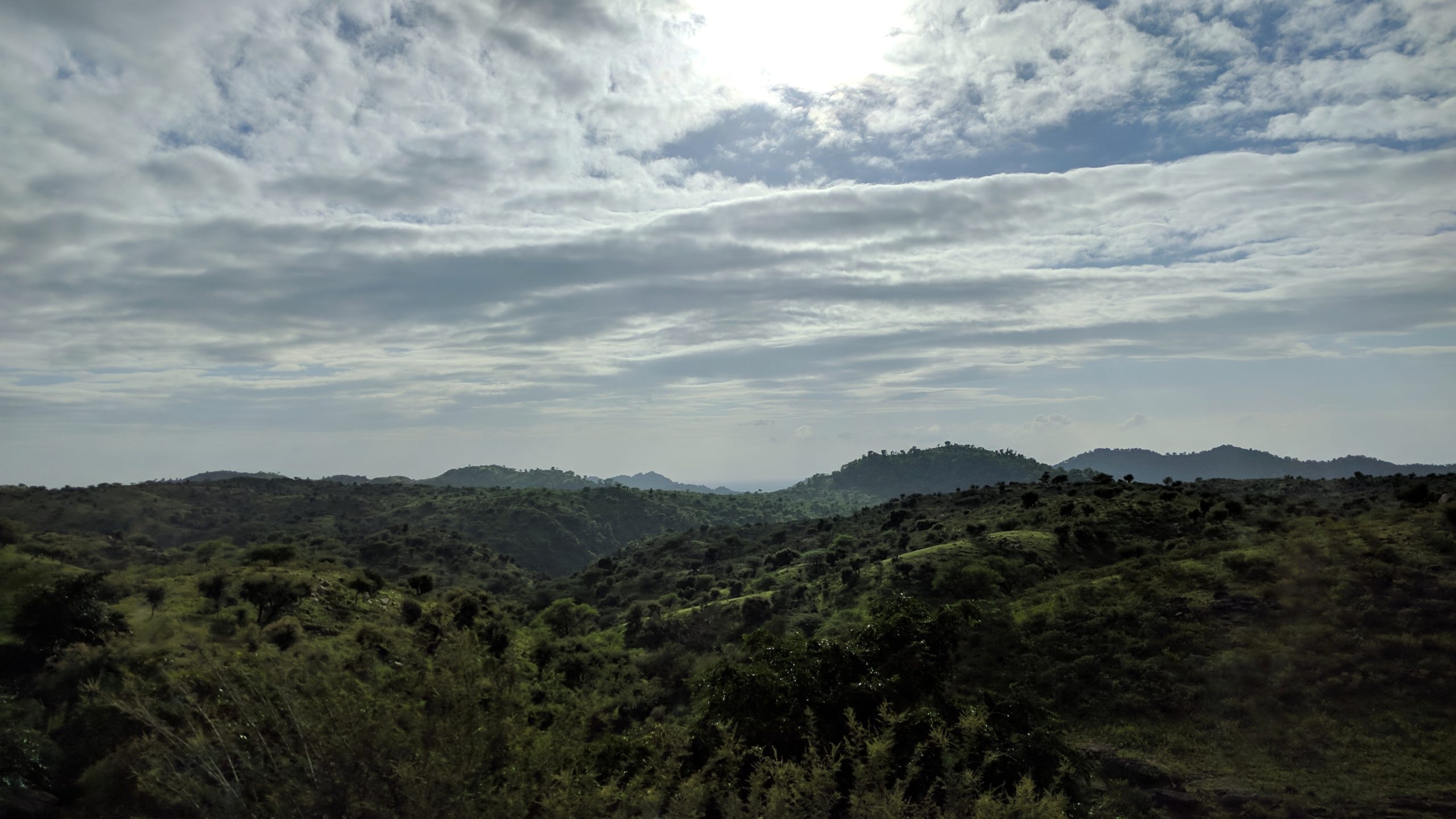 The next morning we went for a wander around the village and it was great to see what a traditional more country town is like. Brightly coloured houses, more cows, the varying trades being carried out including scissor making and a bustling market. As seems to be the norm for this trip now we also stumbled across a car packed full of loud speakers, a parade of dancing locals and a glittery cart with a statue of a God in it. 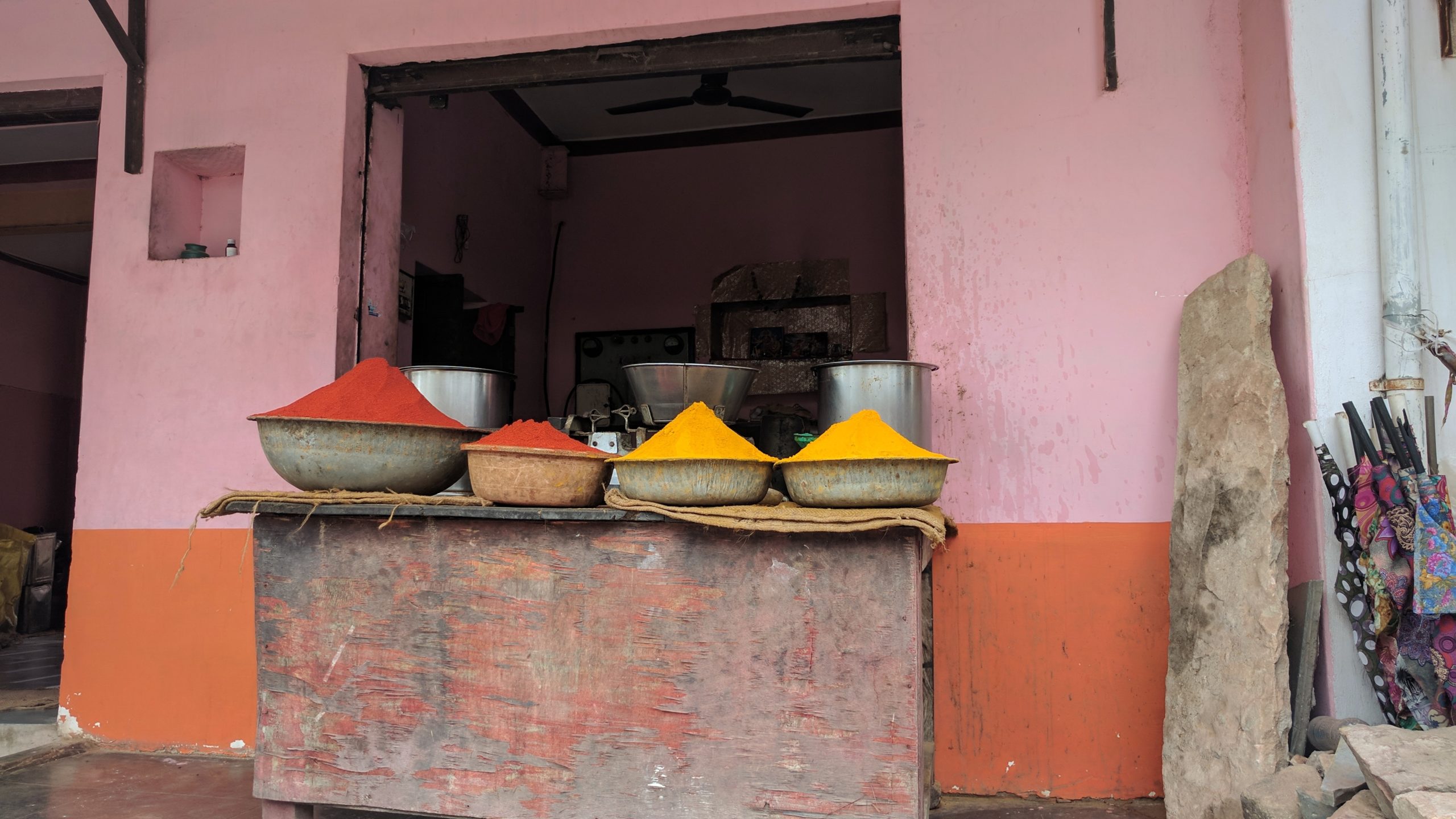 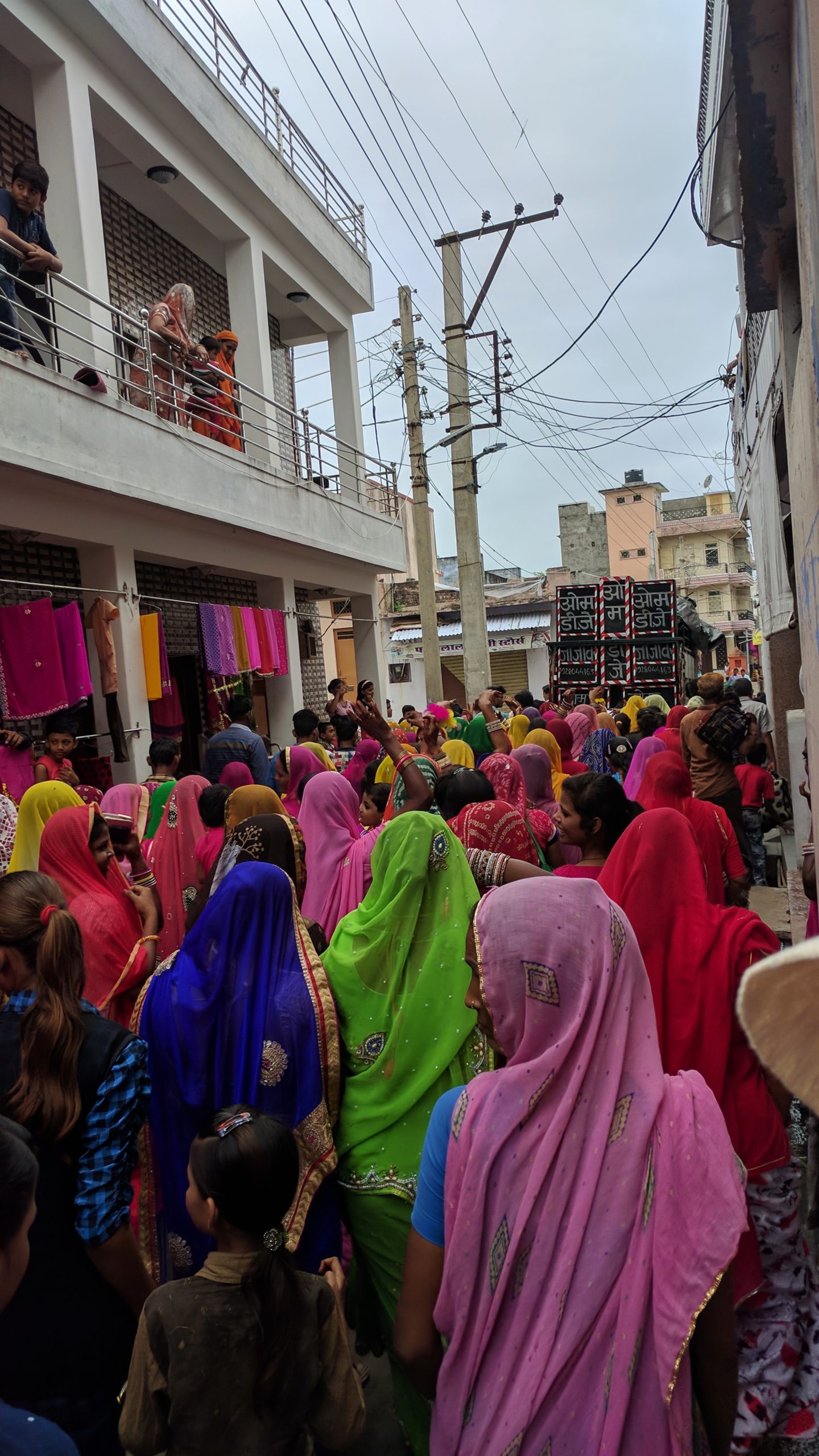 Anytime day, anytime in India there is some sort of loud, colourful, joyful parade going on!