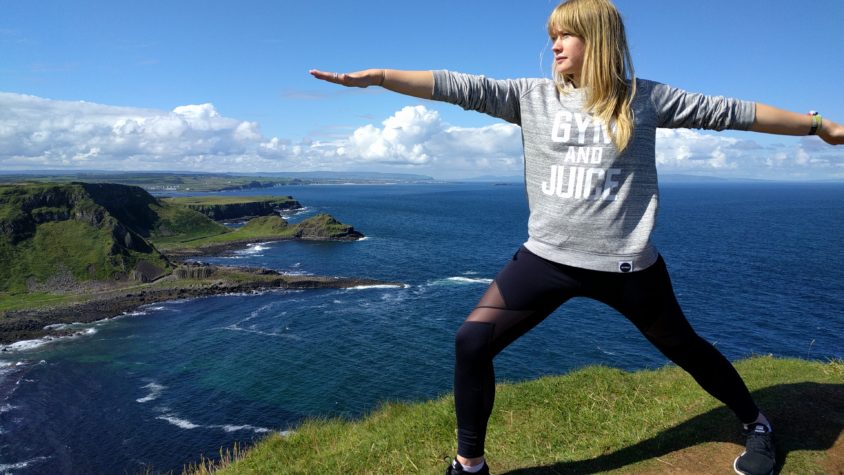 If you’ve been following me for a while you’ll be aware that I am off on a big trip this week, but prior to that I decided to go on one little trip to whet my appetite for even more travel! As neither myself or my other half had ever been to Northern Ireland or Ireland before we decided to do a whistle stop tour around this uncharted destination.

I can honestly say it was such an amazing trip, gorgeous scenery, amazing food, friendly people and lots of live music. I would recommend visiting to anyone and thought I’d give a round up of our top things we did.

1.Get the boat not the plane…

Anyone that knows me will be surprised to hear me say that. I’m someone that’s been sick on the cross channel ferry while it’s still been in Dover harbour so needless to say this wasn’t entirely my idea, but so nice to not be in an airport! I’m not going to pretend its the most glamorous way to travel but we got the overnight ferry from Liverpool to Dublin. The cabins were basic but comfy, there’s a bar on board and who can complain when this is the view when you wake up? 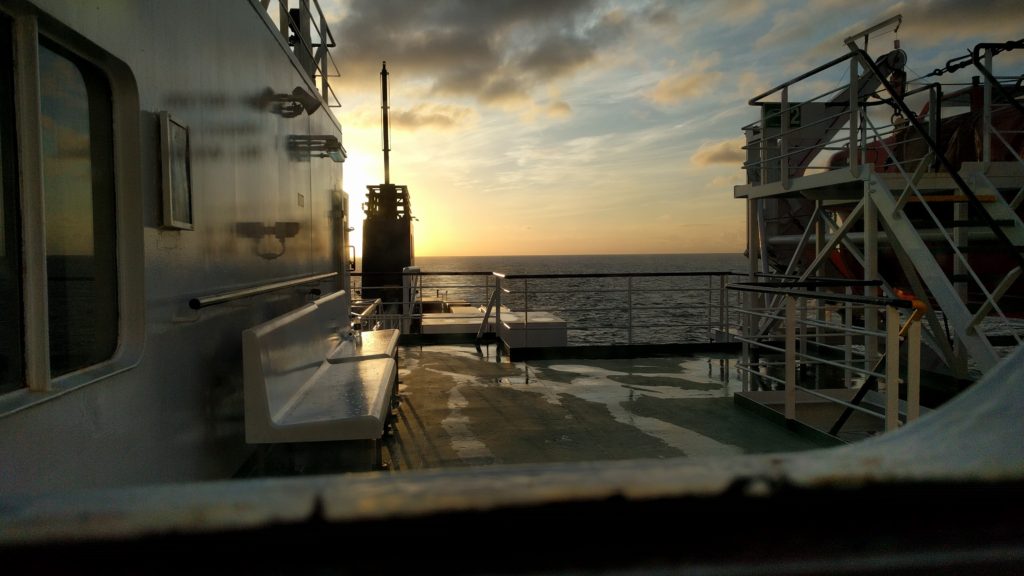 We’re both big fans of the Titanic (me floppy haired Leo and him the actual engineering and story of the Titanic) so when in Belfast it was obviously going to feature high on our agenda. The attraction that gets all the fanfare is the Titanic Belfast building and exhibition, which is interesting and tells the story of the ship and Belfast but was a little too Universal Studios for me. Further along the dock complex, past Titanic Studios where they film Game of Thrones, is the Titanic Pump House and Dry Dock. This is fascinating as it is actually where Titanic sat for her finishing. It’s a quiet attraction, we were the only ones there, but that adds to its charm. You can walk down into the bottom of the dry dock, imaging the huge propellers above you and see the actual blocks that the hull rested on, quite spooky but gives you such a sense of scale. I would recommend it as a wonderful way of feeling in touch with that piece of history and having a tangible link to the ship. 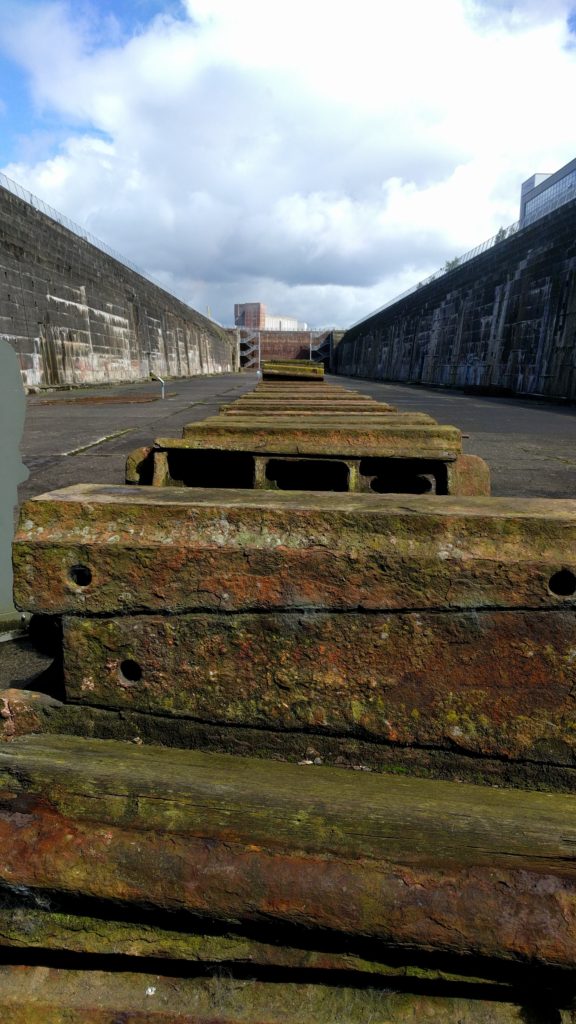 3. Have a pint in Belfast’s Cathedral Quarter

It’s a little obvious and a little touristy but its worth having a wander round these cobbled lanes, filled with red brick buildings and pubs. There are plenty of places to choose from for a pint of Guinness or anything else you fancy and we whiled away the last of the sunshine of the day before grabbing a bite to eat and having a final drink for the night. We went to The Duke of York which is down a cobbled street and full of locals having after work drinks as well as tourists. The entire inside is covered in old advertising signs and there’s a nearby courtyard with murals as well as the cobbled street with benches to soak up that sun if you’re lucky. The other pub we went to was the Dirty Onion with the claim outside of being Belfast’s oldest building, most of the courtyard is held up with irons struts in a cool industrial way so maybe it is the oldest building, just being supported after one too many pints! We saw a great traditional pipe band here while enjoying a few drinks and it seems to be super popular any night of the week with always some sort of live music going on.

I made us leave Belfast at 8am, a bit early for a holiday but I had my reasons. I was desperate to see the Giant’s Causeway before the coach parties descended on it and boy was it worth it. We got there not long after opening, grabbed our audio guide and headed down the road towards the causeway. I had seen photos and was excited but honestly it took my breath away. We were so lucky with a beautiful sunny day but the scenery was just spectacular and being there early just meant there were very few people around compared to when we left. Worth having a climb on the rocks but also hiking up the steep steps on the other side of the bay and following the cliff top walk round to the amphitheatre which is just as awe inspiring. 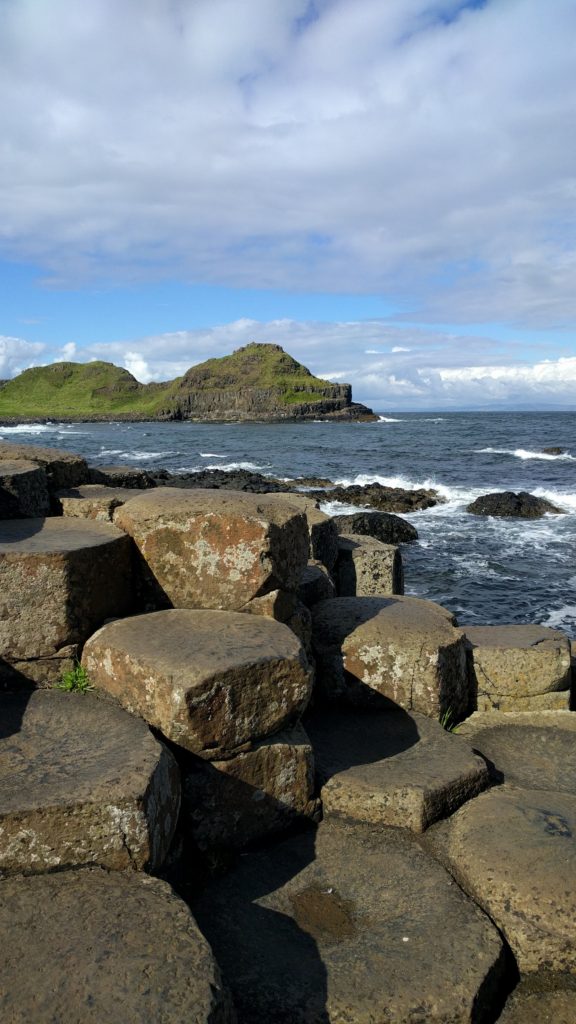 5. Go for a walk in Glenveagh National Park

This actually wasn’t on our list to visit but was recommended by our Air BnB hosts the night before (a great way to find lovely places like this to stay) as it was a national park on our route south with a castle, good walks and spectacular scenery. We only had time to do the walk along the edge of one of the lakes to the castle but with it being 4km there and 4km back with an optional steep incline when at the castle it definitely gave us our cardio for the day. We didn’t go into the castle but had a good wander around the gardens, took some yoga photos (obviously) and had the obligatory holiday ice cream. The scenery reminded us both a lot of Scotland with plenty of rolling hills, heathery scrub and lakes. I’d definitely go back with more time to do some more of the walking trails. 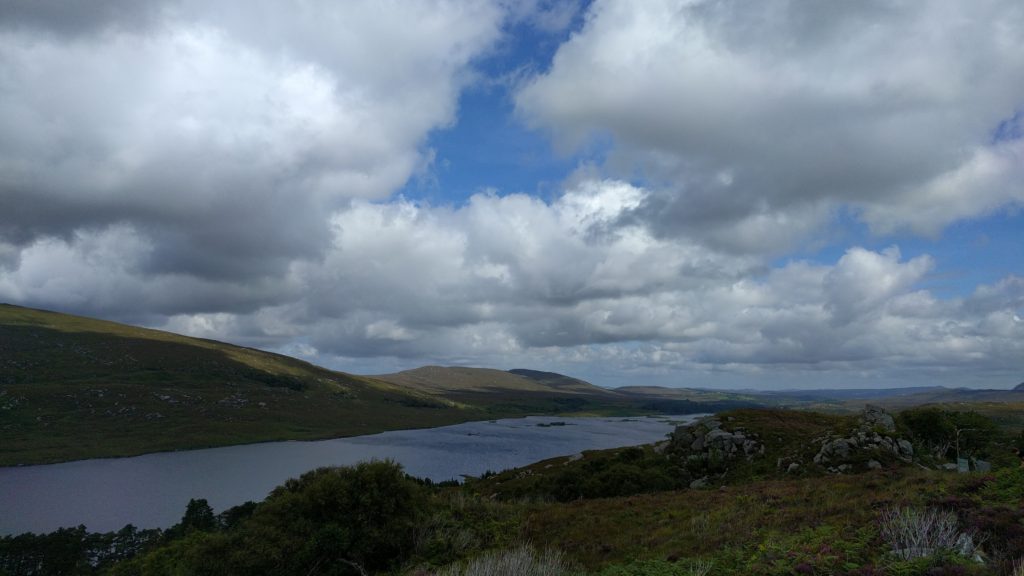 6. Go and see the tropical beaches of Connemara

Honestly white sand and bright blue sea like the tropics. Due to ferry schedules we only had a late afternoon in Connemara as we had to get back to Dublin the next day and I only wish we had had longer. Definitely on my list of places to go back to. We stayed just up from Dogs Bay Beach and it was just stunning. The sea was so blue it didn’t look real. It’s a historically fascinating bit of coast too. We visited the Derrigimlagh Discovery Point twenty minutes up the coast which was the site of  the first permanent transatlantic radio station set up by Marconi and also the site of where the first non stop transatlantic flight crash landed in 1919. There’s a raised trail across the bog with history points among the remains of the buildings and again Ireland just seems to be a really pretty place as the scenery was great. 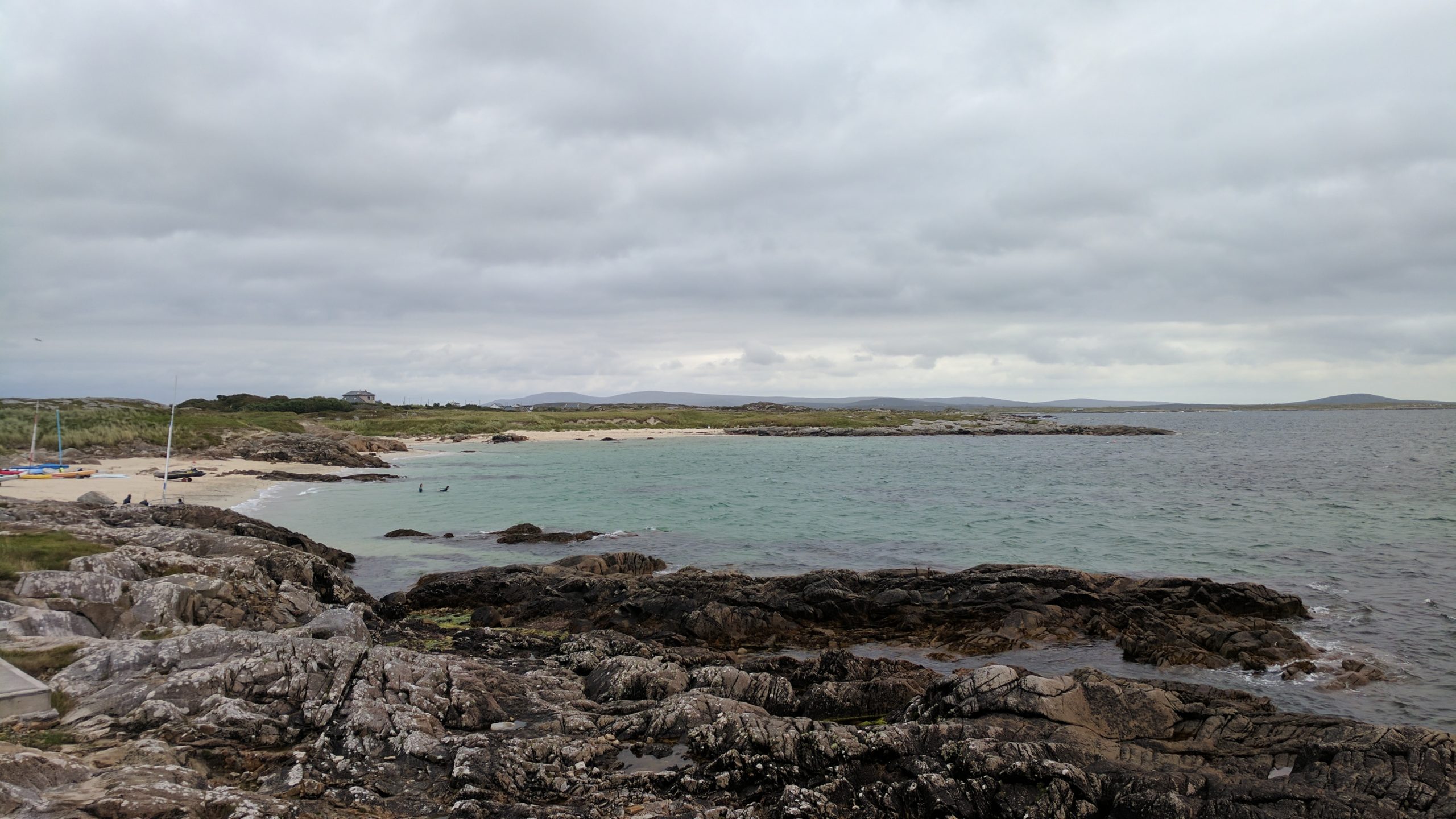 I’m sure it’s on your radar if you’re going to Dublin anyway but it’s worth the visit. Yes it’s full of tourists, the gift shop has everything you could ever want (and not want) with Guinness written on it and its a bit like if Disney did breweries but it’s good fun. The history of Guinness is presented in a fun and approachable way and you also get a free pint at the end where the view from the panoramic bar at the top is great! (Useful tip: If you don’t like Guinness you can have a pint of Hop House Lager instead)

8. Enjoy the atmosphere of Temple Bar

Our whistle stop trip ended in Dublin so it seemed only right after wandering the city and Trinity College to hunker down in a pub for beer, food and music. On the recommendation of one of my lovely YTT buddies we chose to hunker down in the Porterhouse in Temple Bar. There are so many pubs in Temple Bar though you probably can’t go wrong! They brew a lot of their own beer as well as having a huge stock of world beers and ciders. The buzz was great and we enjoyed live music from Liberty Hell after a couple of pints, an incredible band filling the venue with an electric banjo, guitar and drums. Good beer, good pub food and good music, what’s better on the final night of a holiday! 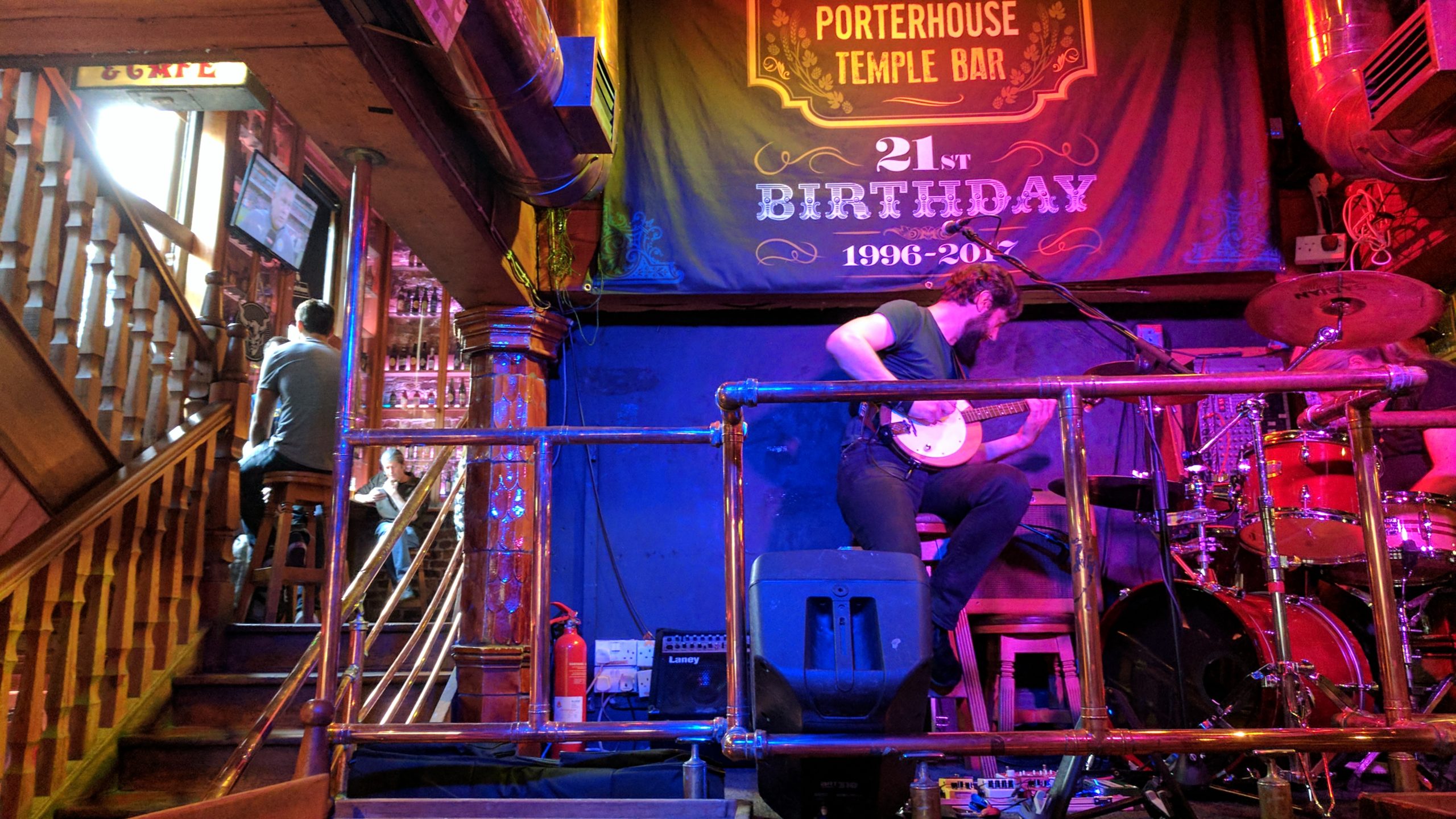 Writing and blogging on the way home…an almost convert to boat travel! 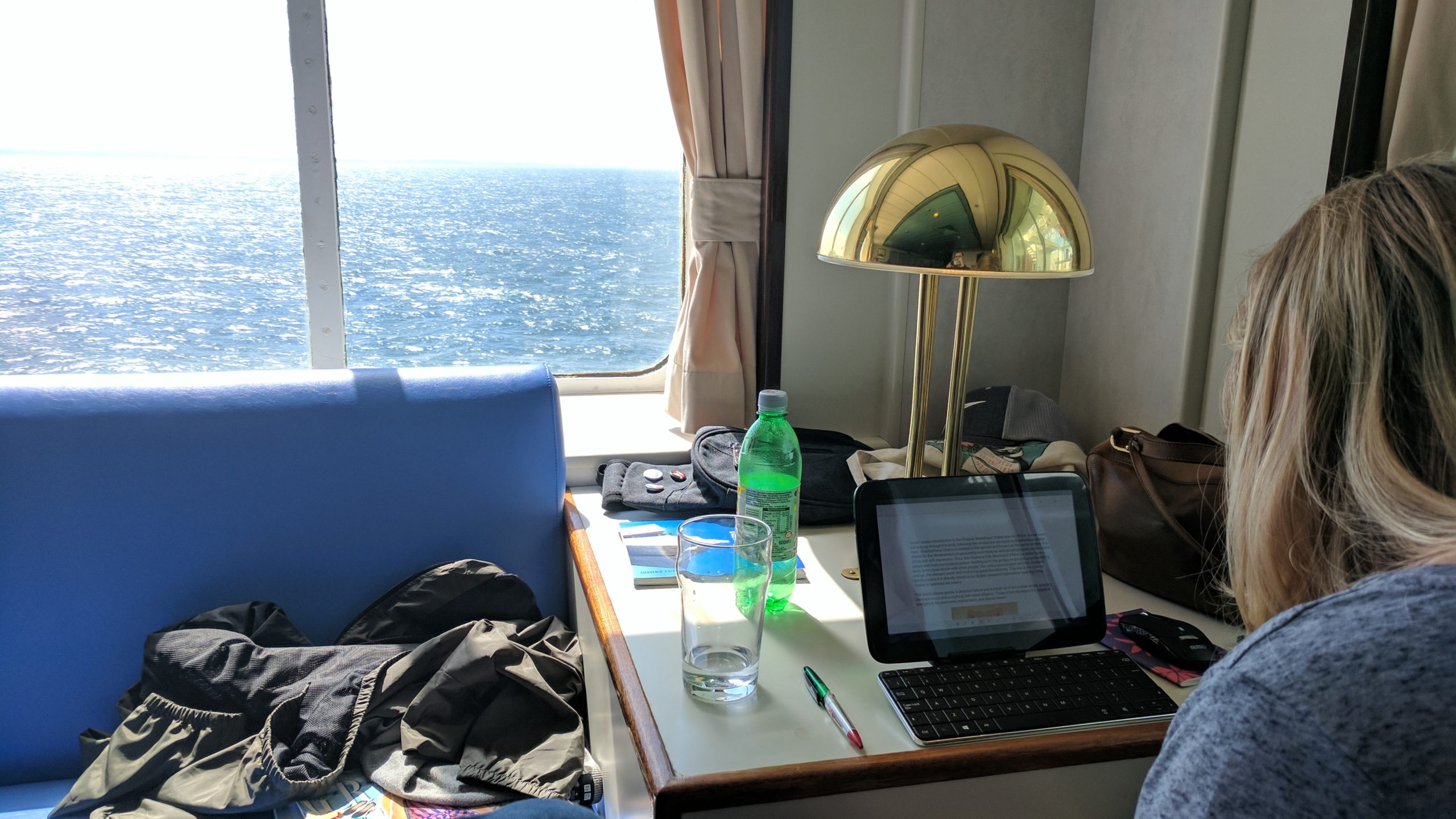